Roxana Pérez-Méndez
Roxana Pérez-Méndez
ARCHIVE > ESTE ES MI PAIS
The Pennsylvania Academy of Fines Arts and Museum: PAFA was founded in 1805 and is the oldest art museum and school in the United States. The Academy's museum is internationally known for its collections of 19th and 20th century American paintings, sculptures, and works on paper. I was invited to consider what is the meaning being an “American” Collection. I pulled works from their collection and used notable pieces to investigate the relationship between culture, history and patronage. 10 new pieces were shown.
ESTE ES MI PAIS 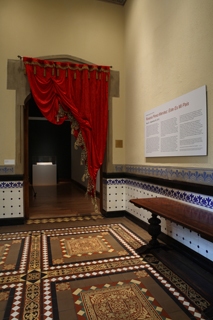 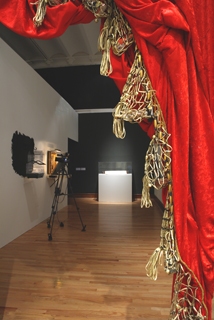 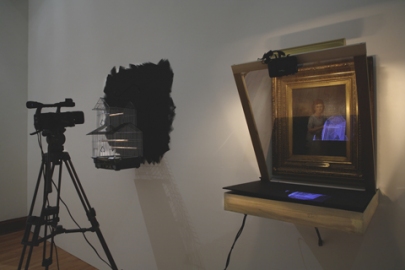 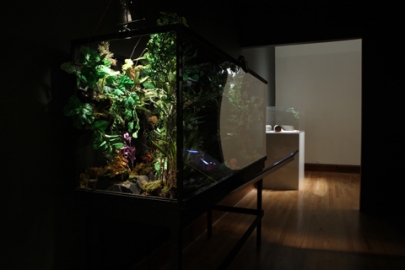 View to Back to the scroll and entrance.
Selva is in the foreground 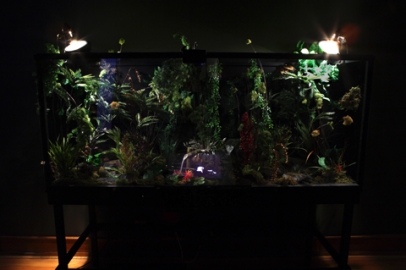 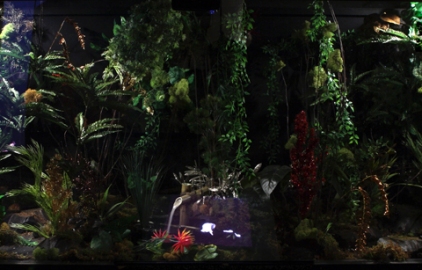 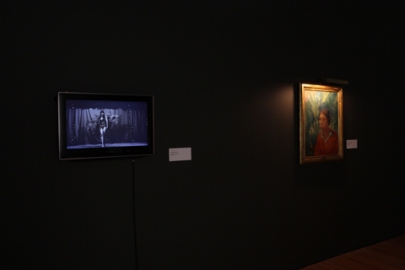 Cancion Para Ana and painting from the collection. 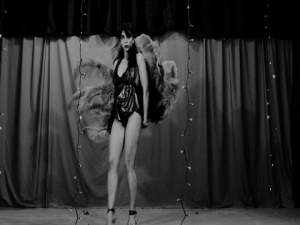 Cancion para Ana still. Refering to the prior Peale painting and hologram. Translation: Song for Ana. 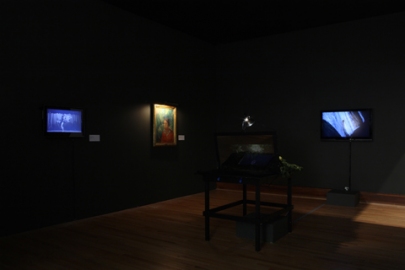 Boricua is in the middle and Bautizo in the far corner 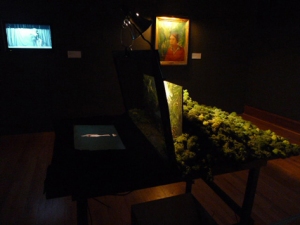 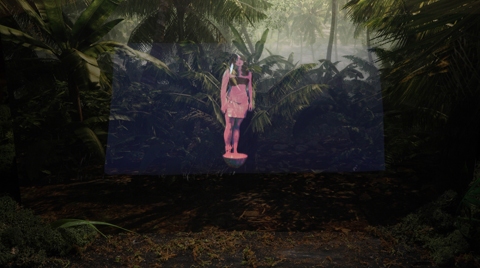 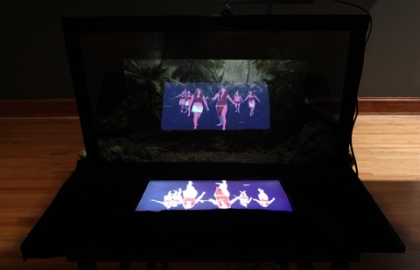 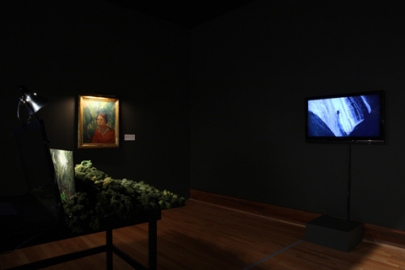 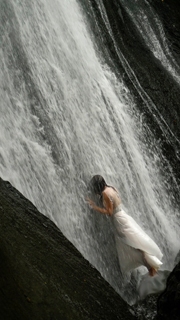 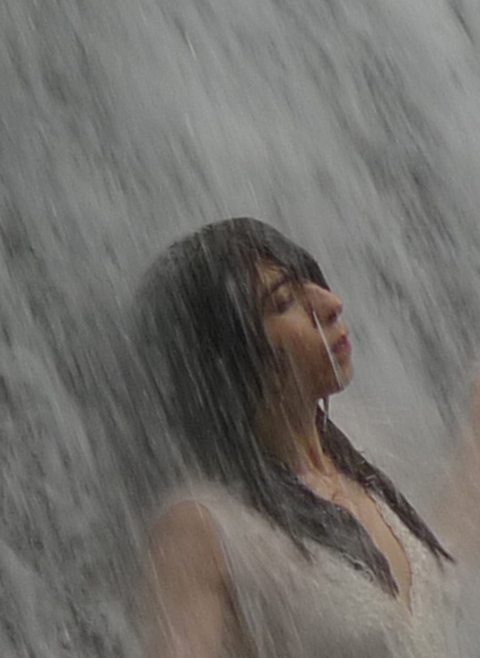 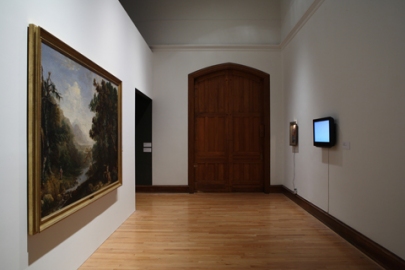 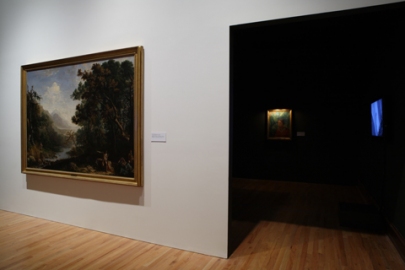